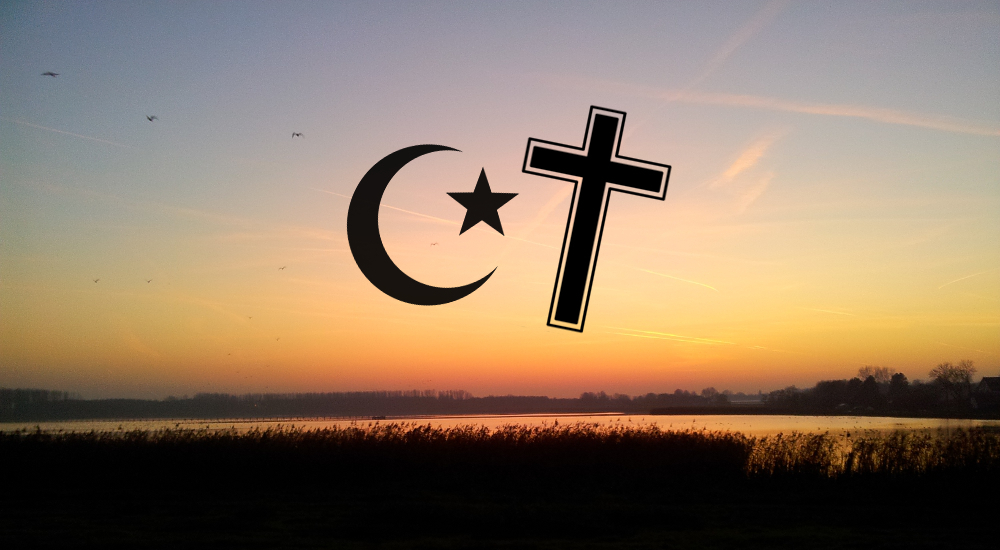 Donald Trump has put the crimes of Islam front line and center with many people again. And yes, Islam is in trouble. It’s meeting with modernity is not going well. The Middle East is in flames.

However, there are various claims going around about Islam that just aren’t correct. They don’t do justice to the religion and it’s centuries old history.

I have spent my adult life finding inspiration in all religious systems, including Islam and Christianity. It does justice to neither tradition to reduce them to their most violent and least tolerant exponents.

This post uses Wikipedia as it’s main source, but it’s also based on my knowledge of both religions through my study of them at Leiden University as well as various online sources that I consider reliable.

The main tenets of Islam are the five pillars of Islam. Copied from wikipedia (as good a source as any):

As you can see: there is no mention on this list of killing anybody.

Test yourself about your knowledge of Islam (as Muslims see it) here. And if you think I made up this idea of a tolerant peaceful Islam, do see my review of a very modern Punk version of Islam. The review was VERY popular on Facebook. I think it is my most shared article all over my sites. I presume it was popular with young Muslims looking for a modern version of Islam that is NOT violent.

Religious Violence in Christianity and Islam

The main worry of my Facebook friends seems to be the treatment of Christians in the Middle East. Unfortunately, this is a legitimate worry. However, the very fact that these traditional Christian communities (*) survived so long tells it’s own story. It is modern interpretations of Islam that’s the problem, not Islam itself.

Traditionally Christianity and Judaism were protected in the Middle East because they were ‘people of the book‘. In fact, the Torah and Bible are considered sacred in Islam.

Readers from the US may remember that the Pilgrims, some of the most prominent settlers in the US, fled Christian Europe because of religious persecution. And since all of Europe was Christian at that time (Catholic or some variation of Protestant), this was inter-Christian persecution.

Islam can be divided into two as well: Sunni and Shia. Relations between those two have always been strained and the current upheavals in the region have certainly not helped.

More about Violence in Christianity, and more on wikipedia

The most blatant examples of violence in Christianity are (From that Wikipedia article):

Slavery in Christianity and Islam

Christian views on slavery are varied both regionally and historically. Slavery in various forms has been a part of the social environment for much of Christianity’s history, spanning well over eighteen centuries. In the early years of Christianity, slavery was a normal feature of the economy and society in the Roman Empire, and this persisted in different forms and with regional differences well into the Middle Ages.

Most Christian figures in that early period such as Saint Augustine opposed it as being against the Creator’s original just design of the world which had initially included the basic equality of all human beings as good creatures made in God’s image and likeness. In the eighteenth century (in the context of a particularly savage and rapacious slave system), the abolition movement took shape among Christian people across the globe.

In the eighteenth and nineteenth century debates in the UK and the US passages in the Bible were used by both pro-slavery advocates and abolitionists to support their respective views.

Islamic views on slavery first developed out of the slavery practices of pre-Islamic Arabia, and were at times radically different, depending on social-political factors such as the Arab slave trade.

In Islamic law, the topic of slavery is covered at great length.[1] The Quran (the holy book) and the hadith (the sayings of Muhammad) see slavery as being allowed, but only as an exceptional condition that can be entered into under certain limited circumstances. Only children of slaves or non-Muslim prisoners of war could become slaves, never a freeborn Muslim. They also consider freeing of a slave to be one of many meritorious deeds available for the expiation of sins. According to Sharia, slaves are considered human beings and possessed some rights on the basis of their humanity. In addition, a Muslim slave is equal to a Muslim freeman in religious issues and superior to the free non-Muslim.

Based on this it’s as realistic to blame all of Islam for the violence in the Middle East, as it is to blame Christianity for all the slavery Christians perpetrated till it became illegal in most Western countries.

What we hear of Islam is mostly the violent minority. It’s a bit like judging the Democratic party by the Bernie Sanders protesters. Just because they shout hardest, doesn’t mean they represent the rest.

And since Islam is apparently going to be judged on the basis of every little controversial bit in the Quran, let’s turn the tables and focus on troubling passages in the Bible.

There is “Though shalt not allow a sorceress to live“, which would currently be interpreted to include Wiccans and neo-Pagans.

There is incest in the Bible. There is ‘an eye for an eye, a tooth for a tooth’. And in the New Testament we find Paul saying that women should stay silent in church.

Historically it is clear that forced conversion was the exception, not the rule. In Egypt for instance, 10% of the population is Christian. Even today they are not being killed off.

In India, during centuries of Muslim rule, Hindu’s and Muslims lived together reasonably peacefully. The amount of conversion that happened can be deduced from the fact that the majority of the population remained Hindu, even though it hosts one of the largest populations of Muslims. [Indonesia is first in that respect]

When the USA loses it’s respect for one of it’s founding principles: freedom of religion, it loses all right to consider itself ‘great’. Freedom of religion is a right that came into being for a reason: the religion a person has does not determine their worth. It’s their actions, their words, the quality of their heart that does.

Let’s remember that among Muslims too, there are people of worth. Forcing Muslims in the defensive is only likely to lead to more religious violence, so even from a practical perspective it just doesn’t help to leave religious freedom behind.

*) These Christian communities are as traditional as they come: they go all the way back to the first Christian missionaries, Paul and his colleagues.

7 thoughts on “Christianity vs Islam. Violence vs Peace?”