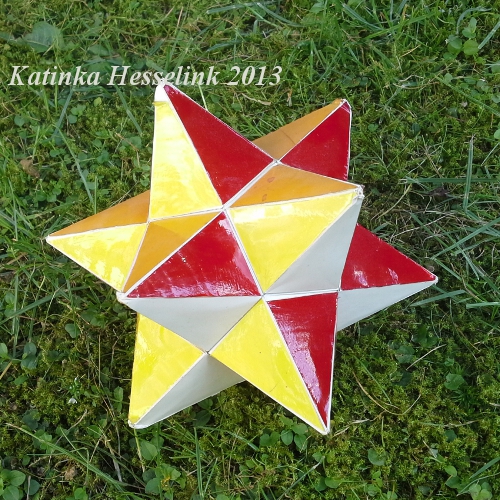 I’m sorry people, this is a very personal post and not one that has many spiritual overtones. I was inspired by the post on Engadget about how their female staff grew up geek. It’s also written to add my voice to the voice of women in tech. If we’re not visible, a new generation will grow up thinking they have to limit their thoughts to the softer side of life and have to be ‘pretty’ to be successful. However, it does feel a bit weird promoting my talents in tech when in fact I’m probably using only a fraction of them.

Is that a brag? This is a bragging post – there’s no other way to write about my talents than to be honest about them and if that’s bragging, than for today so be it.

I grew up in a family full of wildly talented people. I have an uncle who studied math before becoming a professional musician. To earn a living (yes, he fits the starving artist profile to an extent) he also owns and rents out real estate. In fact, when I buy a house, he’ll be advising me on negotiating.

My father and grandfather (on my mom’s side) were both university professors. My brother recently found out he’s ‘intellectually gifted’ beyond what you’d expect from a university graduate. My mom, a professional psychologist, said – ‘duh’. I’m lucky that he never tried to compete with me on my math skills, or I’d have felt outclassed from the start. He is two years younger than me and growing up we learned things like chess and bridge together. He always beat me within weeks.

My mom is a psychotherapist who teaches at post-doc level and writes academically in the Netherlands. Like me she doesn’t feel like she’s intellectually gifted. She knows how much smarter many in her family are. Still, looking at her accomplishments I can’t help but think it’s a hard act to follow. 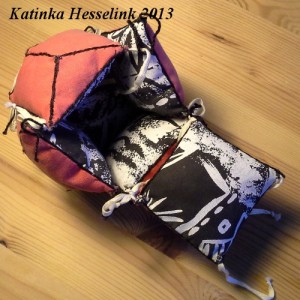 In short: growing up, I did not feel outrageously talented. However, I did grow up expecting to be able to learn just about anything I put my mind to. Excepting PE.

I spent many hours in what would now be called crafting. By the time I was in Middle School I made my own, often mathematically inspired, designs.

See the images on this post. I made both those objects in my teens (over 20 years ago). As you can see: one is in paper, the other is in cloth. Mathematically neither is revolutionary. However, the dodecahedron showing a cube inside was in fact my solution to a math problem I had set myself. I had been taught that you could fit a tetrahedron in a cube (which I also made) and was wondering whether something similar was possible with all the platonic solids (it’s not). Not bad for a 15-year old. Artistically I think they were well done as well.

As a young girl math came naturally to me. I was always best at spatial geometry, though I had no trouble with other forms of math, and I’m sure the practice I had at that helps me with my Buddha statues now. When I was about 15 I was top of the class in math in the college prep (VWO) school I was in (public education system in the Netherlands, nothing fancy). Like many teen girls I slid down the charts after that. I’m sure it helped that when I had a question I could ask my dad, who’s a mathematician by training and vocation.

I grew up thinking I was bad at languages. In the first years of middle school I struggled so much at French and German that I avoided also taking on Latin, since French and German were compulsory. I had crying fits during German and French lessons, but I did always pass. In hindsight I think it was the frustration of learning slowly combined with my love for language that caused those outbursts. If I hadn’t cared so much about language, I’d have simply accepted my reasonable but not genius grades. All within that college prep-environment, of course. I asked my German teacher whether I could take German once it became an elective and he said ‘of course’. In the end I did and passed the exams quite nicely.

In terms of languages – I did quite well at programming in Basic when I was 12 in an Austen TX Middle School. Of course I charted that up to being good at technical stuff. I’m sure I wasn’t wrong, but in hindsight it was an insight into grammar as much as logic that got me there.

And yet – when I tell people about myself today, out of all my accomplishments it gets the most surprise that I’m qualified to teach math and chemistry, rivaled only by making a living online (at which point I’m obligated to go into a long explanation). It feels weird that something I hardly had to work at, relatively speaking, gets the most applause.

When it came to finding a profession I floundered, partly because there were so many options. I studied Chemistry for 2 years without passing enough grades. I turned to nursing and found myself ousted during an internship. Then I turned to the a safe option: studying math to become a math teacher. I could do that, and take on Chemistry on the side and still study theosophy on the side. I read Blavatsky’s complete collected works during those years. I was under performing in school and everybody knew it.

Of course teaching isn’t really a soft option. It is in fact quite hard to teach teens. In fact after a few years of trying to manage teenagers in the wild I gave up on the profession.

From a family perspective it’s a surprise that I earn a living writing. Compared to my brothers I was not very good at language at all. The fact that I could easily churn out a paper didn’t register, because that was a given in our family. (I know: poor little talented girl) In fact my parents still tend to say that it’s my brother who can REALLY write. They’re not wrong. Sibling rivalry does make me wonder though: will his book outsell mine when they both come out in the coming months? My audience is definitely larger at present…

It turns out that what gets graded and tested in school isn’t exactly the same as what works in the real world. In the real world what makes me a living is a combination of Webdesign, WordPress consultancy and online writing on spiritual and commercial topics. I know my way around the web, keep track of search engine optimization trends and will hopefully be an independent entrepreneur for the rest of my life, so I can continue to develop in meditation and Buddhist study.

It turns out that my mom’s story is one, like my own, that shows not only how useful talent is, but also that it doesn’t matter as much what you are capable of learning – but what you actually do work at and carry out. Whether that’s being an excellent teacher, home maker or scientist.

It’s the work that makes it happen. Talent and access to educational options make it possible.

I guess I found a moral to this story after all.

Today is Day of the Girl in the USA

5 thoughts on “Growing up a girl geek @DayoftheGirl”