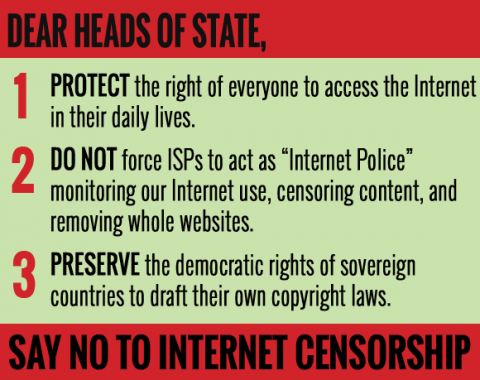 Every year bloggers around the world unite in blogging about one topic for Blog Action Day. This year the topic is human rights. It’s a topic that has always been close to my heart, but it’s extra pertinent this year.

Sure, the situation in Tibet hasn’t changed much. Sure, Syria is not much different and what’s happening in Egypt is unfortunately no different from what one might have expected. In each of those cases human rights play their part. However, it’s all far away, on foreign shores.

This year is different however in that it’s made clear just how our Western governments – the US and UK governments in particular – have been using the technology of the internet that we’ve all come to rely on. The result is not good.

What’s more: the internet, our information highway, is threatened with privacy limitations and censorship.

Let’s start with Snowden though.

On the one hand whistle blowers were banned from their countries or locked up for the rest of their lives. Yes, I’m talking about Snowden and Manning. Worse, a partner of a journalist was prosecuted and harassed.

From the declaration of human rights:

One journalist said: right now it’s still possible for us to keep documents private – aka: do our jobs. But in future it may not be possible. Journalists may have to get their old fashioned type writers out when they are planning to do work on exposing government secrets. The Russian government is reputedly already buying up type writers to be able to keep secrets. Will the rest of us have to follow suit? Will the information we rely on to form political judgements be censored by the very politicians about whom we’re trying to form an opinion?

“I disapprove of what you say, but I will defend to the death your right to say it”

Unfortunately all this means that we’re moving towards a world in which 1984 is no longer a myth and our democracies no longer have a free press to counter the power of the state.

What does that mean? It means that when a government chooses: it can look into all our files – whether we did anything wrong or not – to find patterns of abuse. It means that no longer does a person have to be charged with anything before their private lives get investigated. It means that the government workers who DO get access to that information are free to go out and buy stock with foreknowledge to enrich themselves. It means that privacy is going to be a fiction.

At present we know, thanks to the wistle blowers, that we don’t have such privacy online. This fact is contrary to the laws we’ve lived by in Europe for a century or more. However, Obama and other countries around the pacific have a law in the works which make it legal for that privacy to be breached. Do join me in raising your voice against that abuse of technology by our governments.

All this calls for action at an international scale. Governments need to set guidelines to ensure privacy and need to set guidelines that they themselves answer to as well. Powerful corporations like Google and Facebook – who hold so much of our information – need to step up and ensure that privacy is a default, not a choice or only attainable through making informed choices and wading through complicated digital settings screens.

What does this have to do with spirituality? Ultimately, we need freedom in order for spiritual growth to be possible. Freedom to express ourselves. Freedom to make mistakes. Freedom to withdraw from digital connectivity and freedom to seek out others online and off without fear of this having a backlash for our health, career or relationships.

As a culture we need to stand up and find the boundaries and it just won’t do to leave it to governments to find those out. It takes a debate that thinking people engage in.

I recommend reading ‘The Master Switch: The Rise and Fall of Information Empires‘.

It shows us just how important information empires are. As you’re reading this – Google, the main portal through which we find most of our information – is starting to use it’s power to limit which sites we get to see. In it’s quest to send you the best information and the most pertinent websites – and get rid of spam – it has started to use manual filters to an extent unprecedented. We’re used to a Google that’s almost objective in it’s results. That’s no longer how it is.

Internet professionals like myself have been through a rude awakening this year as we saw site after site lose their rankings. Did you miss the forums in your search results? Google has decided that such ‘user generated’ content is not high quality enough. You probably did not miss it.

However, if you were to search for ‘Buddha’ today, you might be surprised at what you find. I did a search for that topic the other day and found that the top 10 consisted ONLY of Buddha images and ‘Buddha to Buddha’ Jewelry. Today the search does bring up information on Gautama Buddha and Amitabha Buddha for me – from wikipedia – in addition to mostly commercial results. Try it yourself and report the result in the comments. Just to see how different search results have become.

What you should conclude from that is that personalization of search results has now gone so far that you can’t expect Google to give you what you need anymore. The search engine I recommend instead is DuckDuckGO. It was the only search engine that did give me information on Gautama Buddha on the first try, when searching for ‘Buddha’. Bing, Yahoo and Ask were all equally bad at this.

At the same time governments are starting to abuse the power the web gives them and are limiting our press in their freedom of speech. I don’t care how they rationalize it, I trust my government only as long as there are checks and balances to it’s power and the main check on power in a democracy is public opinion. If governments start interfering in journalism, they are starting to influence public opinion and that means the balances are disappearing.

In all, the universal right I’m most worried about is this one:

Unfortunately, that right too is apparently under threat and all without any of us having a chance to democratically rally. We do however have a chance to create such an online outcry that policy makers and politicians will be shamed into standing up for the following (see image above for the original wording):

Say no to Internet Censorship. We don’t want to turn into China, do we?