“Consciousness going out towards objects is mind.
That which turns towards the Self is pure Satva.”
—Sri Atmananda{1}

In 1938, C. G. Jung on his only trip to India was scheduled to travel south and meet the great householder sage, Sri Atmananda (Sri Krishna Menon). The trip was arranged by Dr. Roger Godel, a noted heart specialist and friend of Jung’s. Alice Godel, his widow, later related this story to me in India. The night before their departure, Jung had a dream which persuaded him to leave India early, thus canceling his trip to south India. If it seems strange to us that a well-educated, professional man such as Jung should take a dream so seriously, we must recall that Jung had grown up in a family of psychics and trained under Sigmund Freud, all of whom paid significant attention to dreams.

Jung was not only disposed to be guided by dreams, but he was already of the opinion that Westerners should retain and adapt their own means of enlightenment, foregoing the ways of the East. The Western mystery cycle of the Holy Grail, which Jung was studying at the time of his Indian trip, is an example of the spiritual tradition that Jung felt Europeans would be safer following. But why should Jung have made such a strong distinction? Was it because he was a minister’s son? Might it be that he could not surrender his own identity as a Westerner? Is it really true that there is such a wide chasm between East and West? Can it not be leaped or bridged? In particular, how does Jung’s approach to what he called “individuation,” or finding one’s Self, compare to the enlightenment of the East—specifically to Advaita Vedanta?

Advaita is one of the philosophies behind Hinduism. There’s a humorous saying in India:”It’s all right to be born in the temple as long as one does not die there.” Hence, religion is viewed as a stepping stone to higher philosophy. Eventually, one must go beyond all forms. This Vedantic tradition has been kept alive by such great sages as Adi Sankara (ninth century), Sri Ramakrishna, and Swami Vivekananda (who brought Vedanta to America in 1893), and Ramana Maharshi ( d. 1950 , inspiration for Somerset Maugham’s The Razor’s Edge). More recent examples are the householder sages, Sri Atmananda (1883-1959) who inspired Joseph Campbell, and Atmananda’s son and successor, Sri Adwayananda (1912-2001), my own teacher for the past thirty years.

The very word advaita, a-dvaita, means “not double,” not two, nondual. It marks the distinction among the three basic philosophies of Vedanta, the other two being Vishistadvaita, modified nondualism (developed by Ramanuja) and Dvaita, dualism (taught by Madhva and others). Nondualism is represented in the West by neoplatonism, kabbalah, Meister Eckhart, Ruusbroeck, the author of The Cloud of Unknowing, and other mystical traditions.

Although both nondualism and dualism are present in both East and West, it is popular usage to characterize the East as nondualistic and the West as dualistic: For the Advaitist, the world is within; for the Westerner, the world is without, separate from oneself. Western man is held in thrall by the ten thousand things; he sees only particulars, he is ego-bound and thing-bound, and unaware of the deep root of all being. Eastern man, on the other hand, experiences the world of particulars and even his own ego, as a dream. . .{2}

This deep root of all being is given various names in Advaita: the Background, Pure Consciousness, Brahman, Absolute, or Atma (the real Self). “Atma is that changeless, one rasa (unbroken peace and harmony), into which thoughts and feelings merge. . . The light in the perception of sense objects is the changeless Atma, the One without a second which abides in filling all.”{Atmananda 3}

Atma as Self is not to be confused with the individual soul or apparent I, which is called jiva in Sanskrit. Self or Atma stands for the non-dual Absolute itself.

Jung flatly states that the Eastern man’s “relations with the world is often incomprehensible to us.” ({2} Storr, 258) He goes on to describe how the Western attitude, with its emphasis on the object, tends to fix the ideal—Christ—in its outward aspect. This robs it of its mysterious relation to the inner man. Hence, the Protestant interpreters of the Bible refer to the Kingdom of God among you rather than the more linguistically correct within you. (Storr, 258) {4} One can almost imagine a Janus split with one Western face gazing outwards towards the world while the Eastern opposite turns inward. The Vedantist might say, “How can you fear a world which you create anew each moment?” To translate from Paramarthasaram, an ancient, authoritative Sanskrit work on Vedanta: “What is perceived is not different from perception and perception is not different from the Perceiver and . . . therefore the world is the Perceiver himself.” (Atmananda, 36)

In Jung’s Commentary on The Secret of the Golden Flower, he writes: What, on a lower level, had led to the wildest conflicts. . . from the higher level of personality now looked like a storm in the valley seen from the mountain top. . .instead of being in it one is above it. ({2} Storr, 227)

This implies a certain detached perspective which seems to align Jung’s thinking with that of India. However, Jung continues, ” But since, in a psychic sense, we are both valley and mountain, it might seem a vain illusion to deem oneself beyond what is human.” ({2} Storr, 227) Is it an illusion then to transcend both valley and mountain? The Indian Sage would say that it is not the outer world that holds us, but rather our perspective and consequent attachment to it. All that is needed is to alter one’s perspective, to see deeply that one is not the body, not the mind, but rather Atma, the Self. This concept is portrayed over and over again in the Sanskrit texts and rests at the very heart of Vedanta. Here is one sloka (verse) from Shankara’s “Six Stanzas on Nirvana”:

I am not mind, intellect, thought, or ego;
Not hearing, taste, smelling or sight;
Not ether or earth, fire or air
I am the soul of Knowledge and bliss,
I am Shiva, I am Shiva (Shankara 81).

Shiva stands here for the Absolute. All that is needed then is to see deeply that one is not the body, not the mind, but Atma, the Self. The method which leads to enlightenment, according to Vedanta, is simply to shift the false identification from the body and mind to Atma. “It is not the objective world that presents obstacles…but the false stand one has taken up.” (Atmananda, p. 27)

To do this, three yogas are used: Jnana (knowledge), Karma (action), and Bhakti (devotion). This is no mere intellectual knowing: head and the heart must combine to fully understand the Truth. To realize this, the relationship between a living guru and the disciple is paramount. Even a great soul like Sankara said, “I am the Absolute through the words of my guru.” Unlike other attachments, this relationship only strengthens. One might say that this is the attachment to overcome all other attachments.

Vedanta then offers a final solution as illustrated in the dialogue between Krishna and Arjuna in the Bhagavad Gita. The Gita “points to a path by which man unites his finite self with Infinite Being” as stated by Krishna Prem in The Yoga of the Bhagavad Gita.{5} In the dialogue between guru and disciple, Krishna represents the higher Self or Atma as it imparts wisdom to Arjuna, the individual soul or jiva. Hence, these two figures symbolize the human and the divine, man and god, Arjuna and Krishna. Kurushetra is simply the battleground of life wherein the soul struggles to reach the divine. The aim then is not to escape but to see through the battle of life as one engages in it fully. This is the real victory. To do this is to align the lower self of body and mind with the higher self or Atma. It is essential to grasp that true knowledge is to be found within. Hence, Krishna’s work, as indeed that of any great teacher, is to bring to birth
that which already exists within.

This is echoed in some of our own western poets. Robert Browning in his poem, Paracelsus, reminds:

Truth lies within ourselves, it takes no rise
From outward things, what’ere you may believe
There is an inmost center in us all
Where Truth abides in fullness. . . (Prem 24).

Shelley adds, “The One remains, the Many change and pass” (Prem 24).

Can we as Westerners totally transcend our personalities? Can we align ourselves with a higher consciousness and be free of any tension of opposites? Jung thinks not. One is shaken by life yet at the same time aware of a higher consciousness looking on. Jung describes “a necessary polarity inherent in every self-regulating system.” ({2} Storr, 227) As already stated, Jung believes man to be both valley and mountain. The tension of opposites lies at the core of his findings. However, Jung, in sharp contrast to Freud, tells us that the goal towards wholeness or integration is fueled by a religious quest. That individuation is a spiritual journey. ({2} Storr, 229) He does not speak of the Absolute but refers instead to an integrating factor which guides us through our own unique process of individuation.

This integrating factor Jung calls the Self. Seen as archetype, the Self signifies union between the opposites. ({2} Storr 229) Jung speaks of an “archetype of wholeness.” ({2} Storr 236). From his own dark inner struggles, he turns to the eastern tradition of mandala drawing as a tool to guide his way towards wholeness. In sketching the circular drawings, Jung could observe his psychic transformations. ({2} Storr 230) This area is explored in his Psychology of Kundalini Yoga.{6} Echoing Goethe’s Faust, Jung says:

Only gradually did I discover what the mandala really is: formation, transformation, eternal mind’s eternal re-creation. And that is the self, wholeness of the personality, which if all goes well is harmonious, but which cannot tolerate self-deception. ({2} Storr 230)

For Jung, however, the self is a part of us rather than a force beyond us as in Vedanta. Yet sometimes Jung seems very close to the Eastern view, as in the following quote:

This shift parallels the Vedantic perspective that all that is needed is to shift the false identification with the body and mind to the Atma, the center, as previously discussed. Yet Jung calls the point between conscious and unconscious hypothetical. It is not yet real, only conjectural. To the Vedantist, however, it is the only reality. In India, the space between two thoughts is a pointer towards the Atma, the one Reality. This is the space where there is no mind, no ego, when the mind is dissolved into some larger Self beyond all personality.

“Where are you in this space between two thoughts?” the sage might ask, thus opening the door to pure experience. And in pure experience there is no world. There simply is. Jung responds:
But the self comprises infinitely more than a mere ego. . . It is as much one’s self, and all other selves, as the ego. Individuation does not shut one out from the world, but gathers the world to one’s self. ({2} Storr 419) 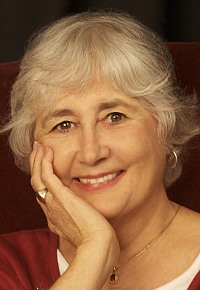 Guest post by CATHERINE ANN JONES, who holds a graduate degree in Depth Psychology and Archetypal Mythology from Pacifica Graduate Institute where she has also taught. She is an award-winning author, playwright & screenwriter whose films include UNLIKELY ANGEL, THE CHRISTMAS WIFE, and the popular series, TOUCHED BY AN ANGEL. Fulbright Research Scholar to India studying shamanism, winner of the National Endowment for the Arts Award, author of The Way of Story: The Craft & Soul of Writing

and Heal Your Self with Writing

3 thoughts on “Atma, Self and Individuation – Jungian Psychology and the Advaita Vedanta Philosophy (part 1)”