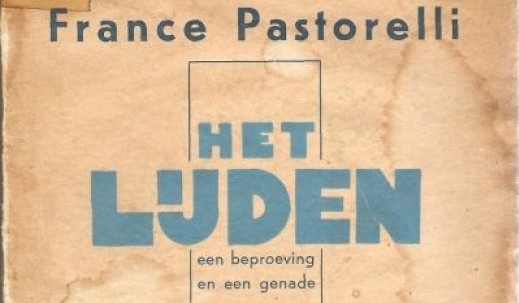 Whether it’s illness, unemployment or some other reason – sometimes life forces us to sit still, think things through, relax – because there is just no other alternative.

I don’t think anyone is ever grateful for unemployment or disease, but sometimes we can be grateful for their side effects: a chance to reevaluate life.

One of the earliest spiritual books I read was left by a previous inhabitant of the house I moved into when starting college for the first time (I ended up attending college several times, but that’s another story). It was a Dutch translation of ‘Servitude et Grandeur de la Maladie’ by France Pastorelli. The title translates into English as something like ‘Service and majestic suffering’.

It’s a moving story of a lady who is ill with ever imminent heart failure and who finds a way to use her illness for the better. She ends up living her life so inspirationally that her daughter is happy to have had an ill, but blessed mother, instead of a healthy ordinary one. She is inspired by the Christian tradition in a way that I can only have great respect for. She finds strength, self knowledge and a basis for kind perseverance there.

She starts the book with a note that is perhaps pertinent given the over optimistic atmosphere I find online sometimes. At one point, she says, long ago, it seemed to me that disaster, grief, illness and handicap were unusual. Those experiences were for a small minority and therefore the fact that they might happen to me did not seem to be a possibility to be taken into account as little as that of an earthquake or avalanche.

It is so hard to imagine that our life would be one of sorrow, that even when it is already happening, the actuality of it doesn’t quite hit us. Similarly she did not realize what it meant, when the first signs appeared of the illness that would determine the rest of her life. Every small improvement made her return to a childlike innocent trust that all would be well. It took a long time to realize that her weak body would hinder her in whatever she wanted to do – including writing this book. In the end she did loose all hope of regaining her health.

On the other hand – the doctor that diagnosed her after her first heart attack told her she would only live a year at most. She did in fact survive at least 15 years.

I now know, she writes in chapter 3, that even the resilience of the soul is not capable of giving my body new strength.

She describes in breathtaking detail how it feels to have a heart attack. The lack of the ability to breath. The fear of death that grips one. She wrote this at a time when reanimation was not yet standard procedure. No hospital beds with electronics all around for her. No waiting for a donor-heart – instead the experience of a life ever close to death.

Out of this experience she comes to a deeper understanding and appreciation of life itself.

Yet she had to sacrifice her chosen career in music. Music was for her the most natural element. Music was her way of self expression. The only way left for her to express herself was the word. She started out keeping a diary but found that some of the words she wrote might be more than just personal ponderings.

Long story short – after years of suffering and self-pity she found a way to live with what was. Not without sorrow, not without pain – but living it as best she could, making her soul fly even if her body could hardly carry on. Without numbing the spiritual pain with false hope.

It is of course not useful to compare our life to hers. There is a story when someone, let’s call her Alice, meets God and says – my life is too hard for me. Alright says God and takes her to a room with all kinds of crosses: which cross would you like to bear then. Alice looks around. There are big crosses and little ones. Heavy crosses and spiky ones. In the end she spots one which seems just right. God says to her: that was the cross you were bearing all along.

When we look at other people’s lives we see only the exterior. In many cases the exterior is actually better than the fact. We don’t get to see the arguments behind closed doors, the debt in the accounts, the lack of care between spouses. We get to see that in our own lives, not in those of others. One of the reasons France’s story made such a big impression on me 15 years ago is that in her life it’s the opposite. It looks like the kind of life you would not want to live. It looks like a cross that is just too heavy to bear. Yet she bore it in a way that was full of grace and genuine insight into the human condition.

In fact her story made me disappointed in real life invalids: people with real life problems. Whether for ever fragile because of fractured and half healed bones or temporarily handicapped because of broken bones – none displayed the kind of wisdom I had come to expect. Rereading her book now, I find that France describes with deep insight not just how hard it is to be ill and have to constantly ask for help, but also how hard it is to deal with the unrealistic expectations of the healthy.

I started out this blogpost to express my own sense that the rhythm of life is sometimes just what we need – that illness and unemployment give us a resting place from the frantic pace life sometimes has. But this has evolved into something more, I guess. Perhaps a plea to take life as it is, instead of comparing it to what we think it should be.

One thought on “Those times when life forces rest on you…”