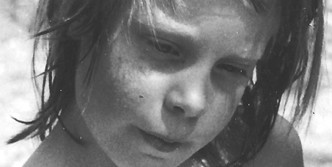 This is for my theosophical readers.

Blogs are a personal medium. Having quit college I’m going to spend the coming months (at least) trying to find my own voice – instead of struggling with the demands of scientific writing. I’m going to try finding my own voice – and that’s not the voice of the Theosophist or even Quest Magazine.

Having been something of a writer for some time now, I think I have some clue as to what my voice is likely to be.

For my other readers: there is a current among theosophists that we should be impersonal. This is explained and lived in various ways. For instance: among the ULT it’s common practice for writers to be anonymous. In fact – they don’t have a formal organisational structure.

I’ve heard one of the editors of the Dutch magazine Theosofia say that she aims at a magazine that is timeless. She also said theosophy is boring. The first was used as a reason not to do obituaries and other personal pieces. The second is just weird: why spend your time editing a magazine you think is going to be dull? By definition?

But I do think theosophy has become too dry. Somehow the organizations have missed something of the currents of today – and don’t know how to relate to lives like mine.

In today’s world being personal isn’t something negative: it’s a positive. It’s associated with values like authenticity, being real and let’s cut the crap. Nothing wrong with that. (and don’t you think they look great? – note 2015: the site where I did that is gone, however, I did add a picture here). Is that exhibitionist? Or is it just a way of sharing? I’ll leave that to my readers. But the point I want to make is: to today’s internet generation, this isn’t exhibitionist at all.

But this is also a theosophical blog. So I intend to comment on one Blavatsky article a week (on Fridays) until I get bored with that. It’s likely to last a while, because I’m one of the few people to have actually read the full Collected Writings (except a few pages in Isis Unveiled) and loved every (well almost every) bit of it.

Expect to get nuggets of what I’ve learned from studying religion academically. Though these insights may be phrased in ways that you would not guess they had an academic background.

Expect me to take the second object of the Theosophical Society literally: I will comment on science, world religions (all of them probably) and religious philosophy.

Expect me to take the third object of the theosophical society literally as well: I am very interested in the unexplained laws of nature and the hidden powers in man (people of all sexes that is).

Expect me to take the first object of the Theosophical Society personal: I believe that a brotherhood (and sisterhood) of humanity is only a living reality if we ACT on it. Seeing the person in front of us as human. Not just an extension of the impersonal All that runs through everything (though that’s a truth too). I loved Radha Burnier‘s recent struggle with that in The Theosophist. In her editorial she went on about how there is an underlying unity to everything which can be described as a brotherhood that’s already there. In the report on her acceptance speech as president of the Theosophical Society she had talked about how brotherhood is only a fact when we live it. Both true – but not so easy to combine mentally.

The bottom line is this: I don’t believe we are worthy of the name ‘theosophist’ unless we actually try to live that brotherhood without distinction of race, creed, sex, sexual orientation, color of the skin or income level (yes – that’s my current paraphrase of the first object).

In other words: expect me to be personal about Theosophy, Spiritual Growth, Blavatsky, Jiddu Krishnamurti, Buddhism, Hinduism, Yoga, Islam etc. This is not an apology for that fact, but a way of saying: let’s ALL be MORE personal, because that’s what is needed in this day and age.

3 thoughts on “On being personal – or impersonal”