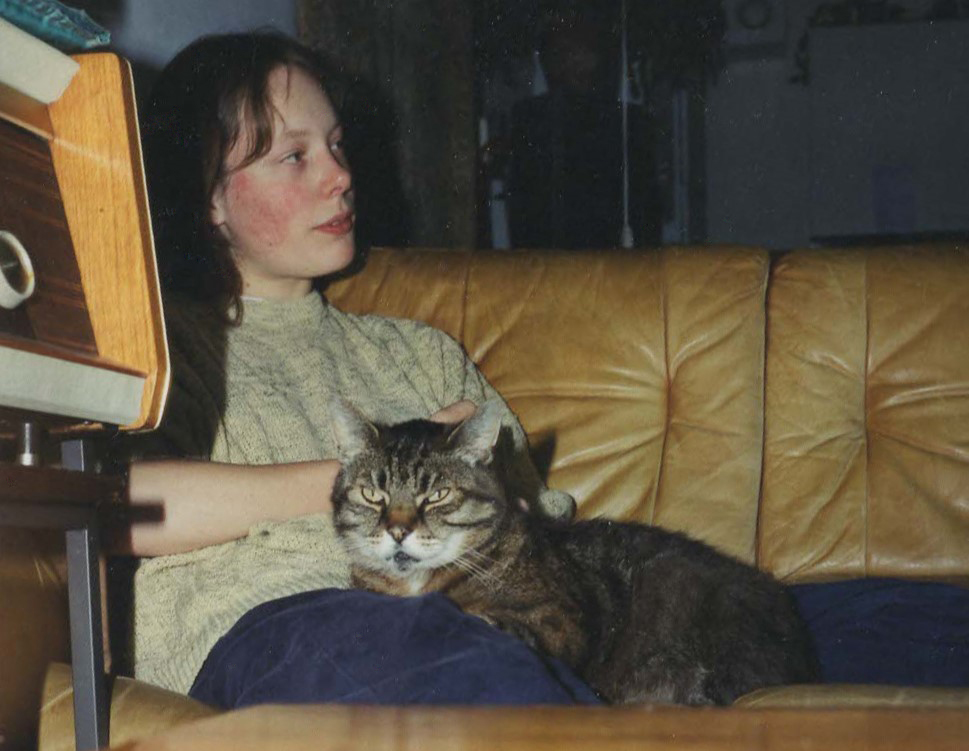 When I became a theosophist – at 19, over half a lifetime ago – I was full of potential, and had the option to be well educated. Yet instead of surrounding myself with smart young people, making the best of my education and falling in love, I spent my time with people in their 50s and older, most of them from other social classes than I was.

However, I had fun.

I worked in the gardens and forest around the International Theosophical Centre, and there were a few young people there too. I loved studying theosophy, theosophical history and religion in general and meeting some very smart people. I had fun translating articles for Theosofia.

I wrote articles, lectured and gave workshops – in Dutch and English – sold books and counted them for accounting. I set up the Dutch theosofie.nl website. My own website kept on growing as well. Theosophy was a starting point for me to study Eastern religion, Buddhism, Hinduism and Indian History at Leiden University.

All in all I was becoming a big fish in a small pond. But I was also growing discontented.

The theosophical movement is shrinking

Swimming in that pond, we all knew it was shrinking. The theosophical pond has been shrinking since the 1930s. In the case of the largest theosophical group, the Theosophical Society with headquarters in Adyar (TSA), there was a clear moment when it started shrinking: the defection of Jiddu Krishnamurti. It is safe to say that the TSA took the rest of the theosophical movement with it. Perhaps it’s simply that the seed that Blavatsky planted in the late 19th century was no longer relevant.

When I left in 2011, the TSA was still the largest theosophical group, worldwide. It’s always been the most vibrant, the most creative and till the 1930’s it was associated with some pretty big social and spiritual movements. Modern Art, Indian independence, Western Buddhism. Closer to theosophy’s core: the modern vocabulary of clairvoyance with chakra’s owes it’s formulation to a theosophist: W.C. Leadbeater. The introduction of Yoga in the west, and many new age themes can all be traced to theosophical seeds.

I can’t speak to theosophy today. I have been gone too long. I do know something of theosophy a decade ago and the circumstances when I joined over 2 decades ago.

When I joined the internet wasn’t yet the big social phenomenon that it is today. This is a huge deal. For young readers (if any): I grew up going to the library when I wanted to know something. No wikipedia, we had a physical encyclopedia at home as I was growing up – and we had only those volumes that had already been published. These days, of course, it’s complete, but we hardly look in it, because the internet just knows more.

I would never have joined the TSA had I been able to research theosophy, religion, yoga, meditation etc. online at the time. That’s a plain fact. In other words: however limited the Theosophical Society was in 1993, it was still a window into another world. These days we have too many windows and I don’t know how I would have dealt with it as a 19-year-old.

I would not have turned to theosophy.

For me personally the internet was a life saver. I turned it into my profession and web-technology is, in a different form, my profession today. However many careers I have had in this life*, I suspect this one will last till retirement. In the process I built katinkahesselink.net, with a huge theosophical section with thousands of articles, including the full Blavatsky Collected Writings. And it is not merely theosophy proper, I am also particularly proud of the Buddhist section. Most popular have always been the spiritual quotes.

Today theosophy seems like an embarrassing secret that I prefer not to share with strangers. At the same time, my relationship to theosophy is visible full on to anyone who googles me. I gave 18 years of my life to the movement.

My life right now feels like this: I have just finished renovating a house and am preparing to live in it. I am going through my stuff, wondering where the heck all of it should go…

My theosophical friends should know that my online presence may just shrink dramatically over the next year or so. Or I may decide to keep the whole thing up because there is a story to be told. I’m not sure yet. If you want to keep access to the contents, make an off-line backup.

* Including theosophy itself, I can count up to 6 career-directions in my life, 3 of which I have actually made a living on. I am now a front-end web developer using vue, vuex, javascript, css etc.