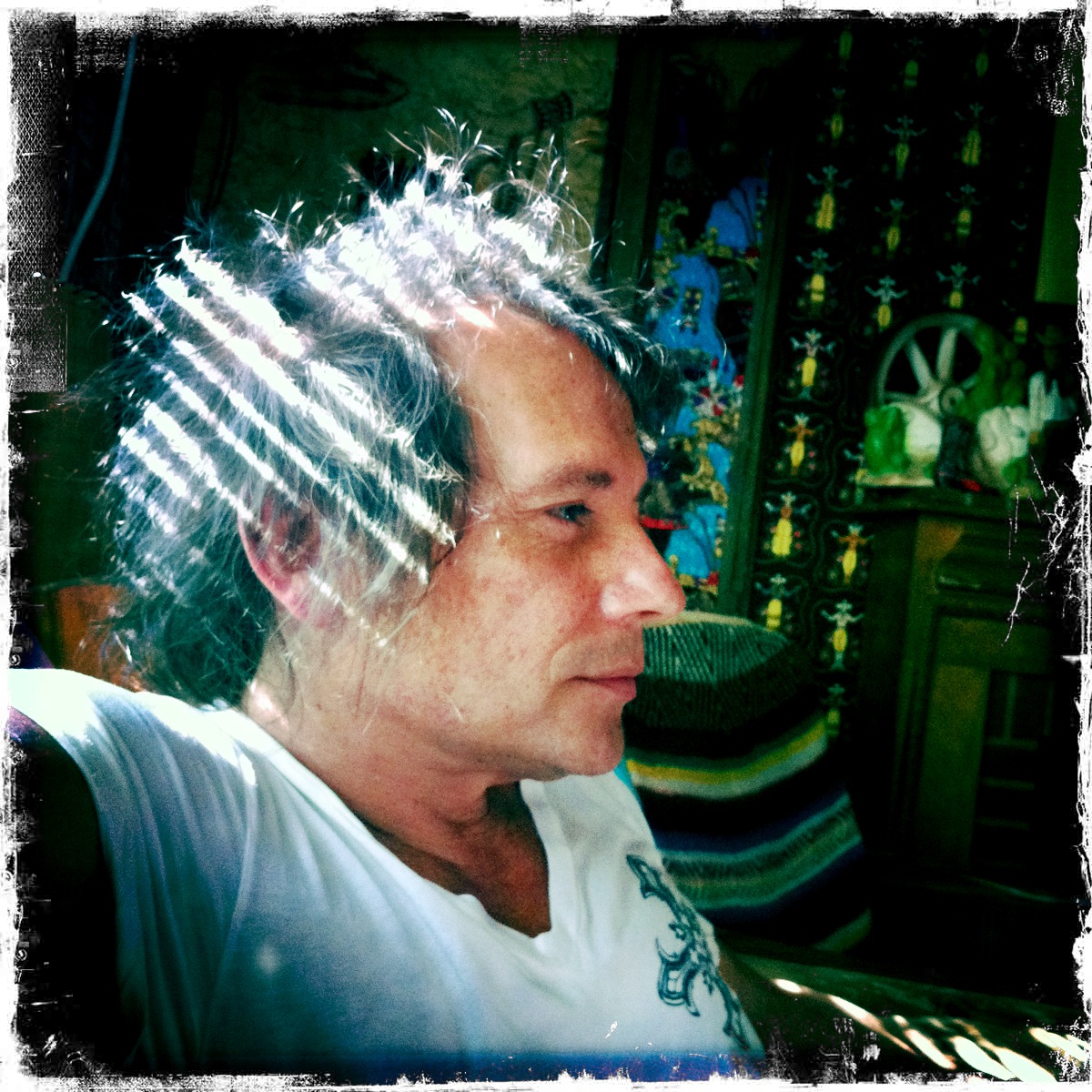 For several years, I’ve been exploring the relationship between shamanism and Buddhism.

The indigenous expression of Bon shamanism and Buddhist practices are historically interwoven in Tibet. The current form of Tibetan Buddhism is a near seamless synthesis of the two traditions.

One way of viewing shamans is that they are the cultural creatives of their communities. Whether they are providing healing through plants, balms, tonics, antidotes, chants, art-objects, music, story-telling, dance, and ritual, the shaman liberates a Cosmology for a collective according to interdependent forces and variable technologies.

Mastery, of course, varies as it would in any field.

It is to Ayahuasca (a dark bitter brew that some Amazonian tribes drink) that I want turn to within the context of Buddhist meditation and offer some perspective on it.

There is a record of Bon shamans ingesting “entheogens” to bring medicines, power, and knowledge back to their tribes as they interact with various “worlds.” Ayahuasca, in many circles, is revered as a Master Teacher.

The sense of awe, power, and mystery that is available at Deity-like scales during an Ayahuasca journey can serve a practitioner who wants accelerated access to states of consciousness such as detailed in The Flower Ornament Scripture, which Wikipedia notes as describing “a cosmos of infinite realms upon realms, mutually containing one another.”

Much of the accounts of communion, interdependence, participation, and personal humility that we find in spiritual/religious texts throughout various schools are experiences that Ayahuasca can provide. Mind you, Ayahuasca is not Shamanism. It is a “tool,” just one of the many technologies available for positive transmorphing. 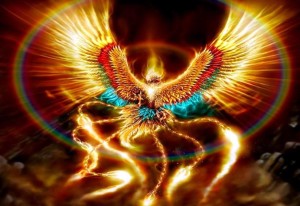 I recall that my Vajrasattva practices during and after Ayahuasca experiences, the Sky gazing techniques of Dzogchen, the cutting through, the immense sense of compassion, gratitude, and peace that were part of my conscious practice with Ayahuasca left me blissful and as one with All That Is.

The sense of belonging, possibility, and deep affection that is the afterglow of many Ceremonies is enticing and hard to release. The shamanic sangha is quite the love and beauty fest. “Ceremonial” experiences have impacted my art and dying, but only because I have been a practitioner for several decades.

However, as I got invited to co-chair ceremonies with established Ayahuasqueros (also know as Curanderos and Vegetalistas), my sense of the overall value of this technology led me to the following awareness:

I am more comfortable with the term “hallucinogen” as opposed to “entheogen” (that which releases the divinity within) since I see the word entheogen now as just a psychedelic-politically-correct way to refer to these substances that casts them in the most positive light. There is an unquestioned dogmatic structure operating minimally on the surface of the term that pervades as an “attachment,” even though it is to god realms.

Curanderos are not gurus, spiritual leaders or even necessarily brilliant thinkers. They are quite often afflicted with traumatic developmental histories that remain unresolved after decades of imbibing the brew. They can be invested in power hierarchies, and are often impaired in the areas of intimacy and emotional maturity. In many ways, their level of insight is no greater than the seekers that come to them for illumination and relief.

I have come to view true transformational technologies as being deeper and more thorough than what the volatile ethno-botanicals can deliver on their own. We can bring meditation, therapy, yoga, transversal ontologies, and so on to our practices in styles that enrich us and help us attain greater degrees of participation in a fully self-expressed life. Our syncretic moves are a benefit to Upper Amazon curanderismo without a doubt. And yet, we invest an enormous amount of positive transference to the curandero though what they serve is a plant concoction where we provide most of the psychospiritual ornaments along with extraterrestrials, brujos, and zombies. Is this actually liberating?

Curanderismo is also an incredibly lucrative business and assistants in the money chain, including the ones that host the curanderos in the United States, make enough (tax free) cash to keep invested in it. Let us not forget that for most of the planet N,N-Dimethyltryptamine (DMT), the psychoactive ingredient in Ayahuasca, is a controlled substance with severe penalties being levied against those who’ve been successfully prosecuted for its distribution.

If you are a Buddhist or mystic of any type, yes, study the role of hallucinogens in your life, whatever that life stage, ponder the variety of motivations and reasons, and differentiate from there what is of durable value to you. Ayahuasca, at best, can be seen as one of many catalyzing agents that can pry out that which is already clamoring for attention and expression. However, sustained transformation requires a discipline that a tireless pursuit of healing through these concoctions cannot sustain. If you do not integrate this into your awareness, you will remain in a bardo of sensation and fascination. Welcome to shamanic Samsara.

Most of the effects of these substances can be achieved by other means, hence the power of contemporary cultural creative practices. Given the indiscriminate spread and increasing use of Ayahuasca (and other hallucinogens), I believe that most new users are not prepared psychologically or emotionally to reap any long-term enduring benefits from them. The reasons for this are a general presence ontological-existential immaturity and also because there is no adequate language for referring to these experiences afterwards. And because there is such a variety of modes of partaking of the substances, that it is not possible even to objectively evaluate what the deeper positive changes, if any, have been.

On top of it all, with the grotesque and carnivalesque expansion and proliferation of the Amazonian brew outside their natural contexts of use (even if geographically still in the original regions and countries), what we have now is a free-for-all groping, manipulation, ego-tripping, and narcissistic posturing of both old and new hands. Despite all the enthusiastic claims to the contrary, there is a lot of amateurism in these tropical destinations of so-called “healing” and “spiritual” work. It’s an exotic tourism for some and easy money-making opportunity for others. Contrary to the general impression of growth and expansion (true at the most obvious level), there will be more “accidents,” bad trips, abuse, and malpractices in this unregulated wild frontier — not a very healthy or sane environment for “enlightenment” or “healing.”

Let me ask you this: are not the rampant modern mythologies around the so-called “teacher” or “healing” plant, ”plant spirits,” and “dark/malevolent entities” part of the Legions of Mara as well? Who is the self that believes in any one of these?

Until there is a true, sophisticated, rich, and critical synthesis of the best of the original (native) practices with the best of the western advanced interdisciplinary epistemological and therapeutic methodologies, insights, and knowledge, I respectfully suggest you let go of these dubious contemporary playgrounds of/for the psyche. They can be fun, certainly, but also dangerous for many. Or, just a plain waste of time.

Meditate, don’t hallucinate. Balance between reason and intuition is the Great Mystic Health. 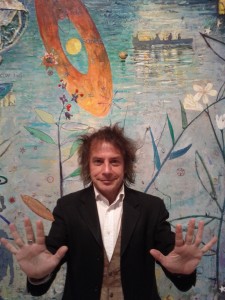 Guest Post by Alberto Roman, who has shaken out the spirits with Bradford Keeney, studied soul retrieval with Elena Avila, and sat until dawn in Peyote rituals with Lakota elders. He has endured the fire rounds in Sweat Lodges, circle-danced with Matthew Fox, been in trance in Balinese rituals, drummed with Sufis and African Masters, participated in Dying practices with Joan Halifax, and participated in many various mystical practices with countless others, known and unknown. He has partaken in and assisted Ayahuasca rituals with established Vegetalistas. He has degrees in Psychology and Philosophy.

Alberto was the translator of the book, The Shaman & Ayahuasca: Journeys To Sacred Realms from the internationally respected Peruvian shaman Don José Campos and edited by Geraldine Overton. There is also a movie by Michael Wiese.

5 thoughts on “Shamanism, Buddhism, and Ayahuasca – hallucinogen and spirituality”