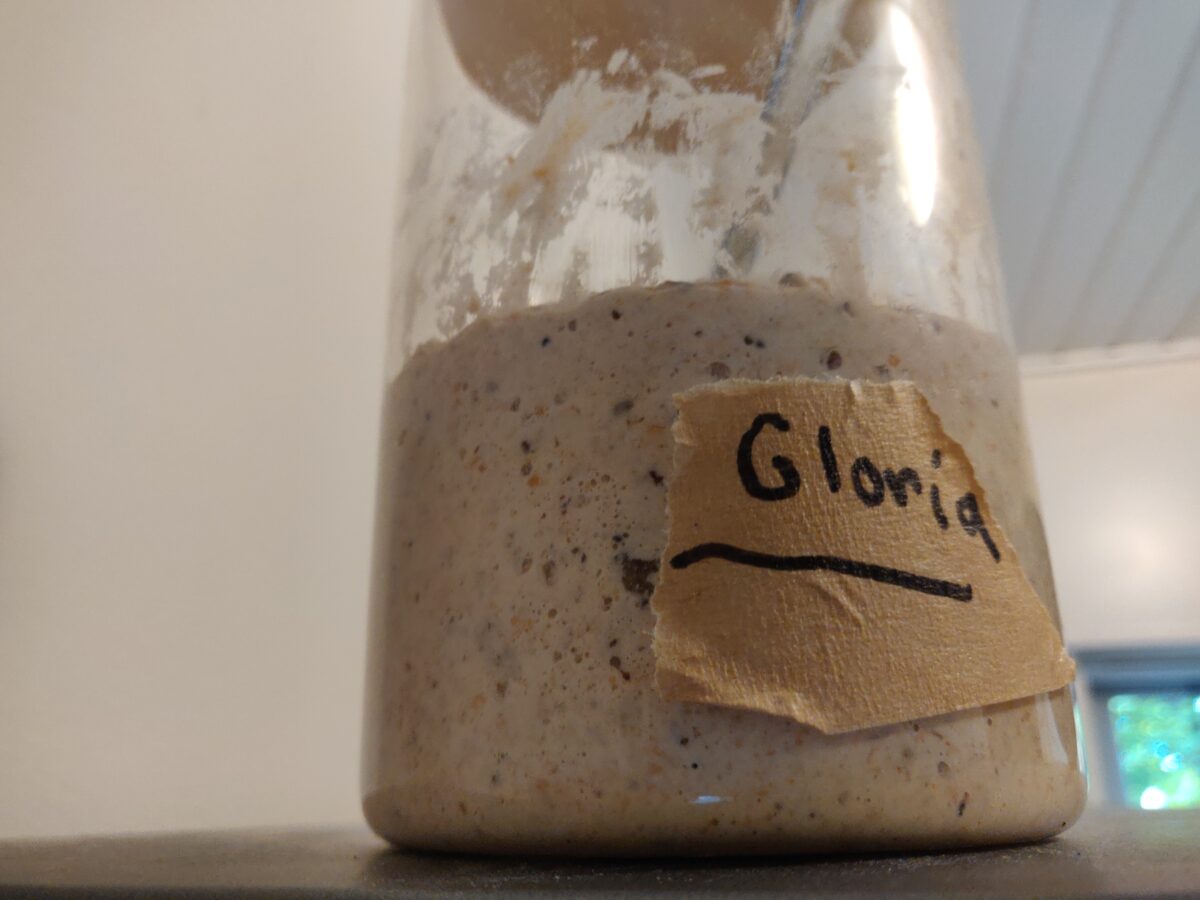 Like many of you, I’ve been home a lot more than I would have preferred over the past year. However, this had led to some new hobbies: I’ve been fermenting vegetables and baking sourdough bread.

However, like you may expect from me, I didn’t go about it conventionally. I started my sourdough starter as a sort of science experiment: I used all the flours I could find, which were a diverse mix. It included AP flour (or rather a Dutch alternative) as well as more alternative flours like chickpea flour, buckwheat flour, whole-grain spelt, whole-wheat flour, rye and more.

I named my starter Gloria after Gloria Wekker our Afro-Surinamese Dutch emeritus professor whose book ‘White Innocence‘ is a ground braking overview of race-relations in The Netherlands. I read ‘White Innocence’ last year and thought naming a diverse-grain starter after Gloria was appropriate. Especially in a Black Lives Matter year.

This is not a ‘how to make a starter’ post. There are loads of those out there. The main trick is to keep going, even if it seems like your starter isn’t doing anything.

This is a ‘what flours can I use’ post and my personal testimony that you can use any grain, pseudo grain or legume (aka bean) flour for the purpose. Or, you can step outside the mold and use a mix of flours, like I did. My starter is still fed on a mixture of flours 9 months later.

As a result I can bake any type of bread with it.

What flour can you feed your starter?

You can feed your starter any starch-source. Some people even feed their flour oatmeal. Within the group of flours this means any flour except nut-flours: they’re too rich on oils and not very rich on starch.

This means you can feed your starter almost any flour in your grocery store. The following are all fine, but it’s not an exclusive list:

So what do I bake with my multi-grain starter?

I was slow in starting to bake with my starter, so it was pretty robust by the time I started. I started out with Sandor Katz’s rye bread from his ‘Wild Fermentation‘. (here’s an online version of that recipe). He also has instructions on how to make a sourdough starter.

Then I created my own recipe for whole-grain sourdough nut & dried fruit bread. It’s a bread only in the technical sense. It’s more of a cake in texture: 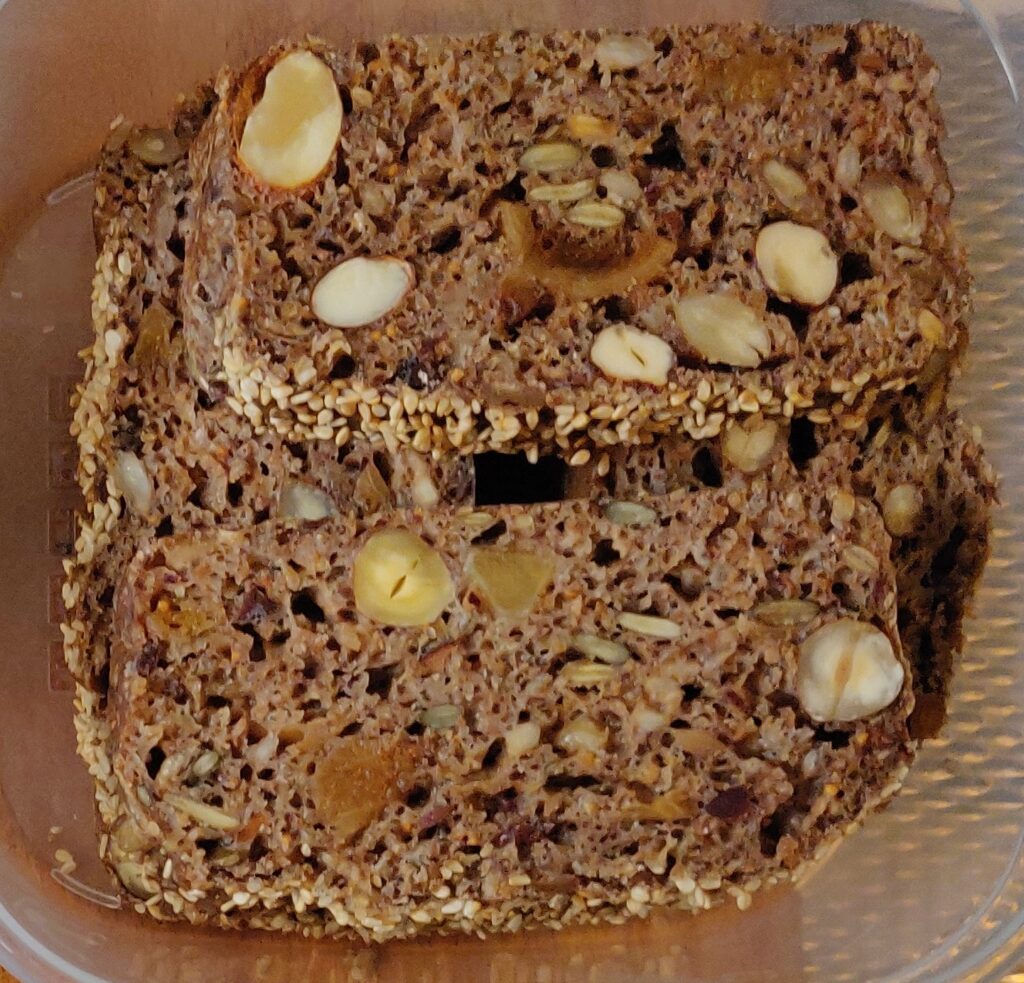 Delicious and healthy, what more could I want. I don’t usually get as much air in there as in the image shown though.

While most people feed their starter only one type of flour, I feed my starter a mix of flours: wheat and alternative flours. Sometimes I feed it just one – say rye – but then I’ll be sure to mix it up the next time I feed it.

My multi-grain starter is still alive and kicking after nearly 9 months, so I would say it’s a succes!