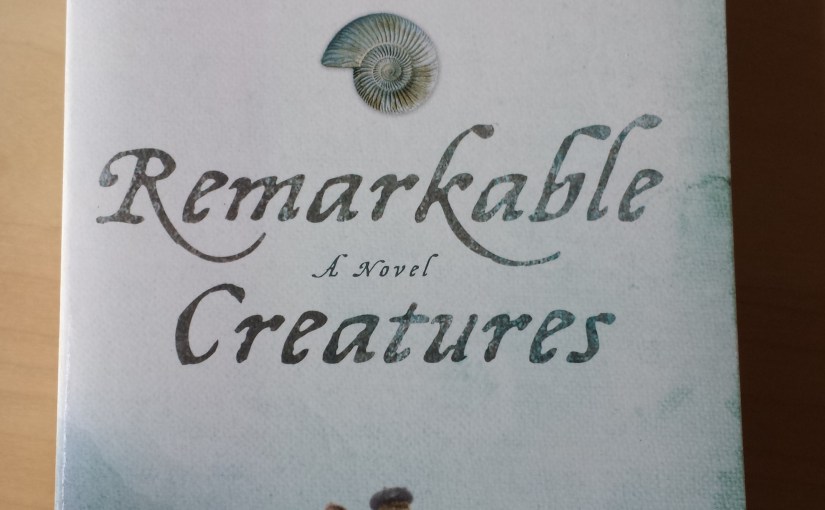 Fossils were one of the discoveries of the early 19th century. Studying them, scientists came to interpret the Bible – and the history of creation – very differently. Those scientists were men, of course.

What few people realize is that in the tiny seaside town of Lyme-Regis two women played a central role in finding and classifying those fossils. Mary Anning in particular was the one who found several early dinosaur fossils.

Very little is known of Mary Anning, a working girl who happens to be very good at finding fossils. A bit more is known of her friend Elizabeth Philpot, a spinster from the gentry who made a specialty of finding, classifying and collecting fish-fossils.

In Remarkable Creatures, Tracy Chevalier did what she does best with the litte that is known and wrote a lovely novel about it. We share in their struggles – finances, health and love. The limitations that women had to struggle with at that time are clearly spelled out, in a way that few authors of that time would have thought to do.

This is also a book about a clashing and changing world-views. The minister who insists that all knowledge can be found in the Bible, while another makes his life’s work of trying to reconcile the new knowledge with the old.

Like in ‘Girl with a pearl earring’, In this novel too Tracy Chevalier brings back a lost world. A world we’ve previously seen only through the eyes of men, but now get to experience through the hearts and minds of women.

As one of my side projects, I’ve been on the lookout for biographies of strong women. However, the problem is that their story is often so well hidden that few such biographies exist. Remarkable Creatures then, isn’t so much a biography as a reimagining of the life these two women lived in a men’s world. 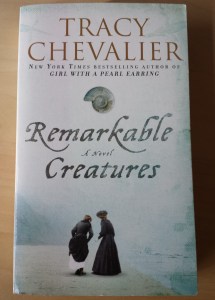 One thought on “Tracy Chevalier, Remarkable Creatures – a novel”