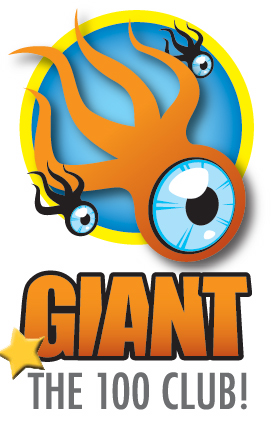 This post could also be called ‘Social networking and the bodhisattva vow‘, because what sparked it was a twitter conversation I had with a friend about whether or not I’m a Bodhisattva. She unknowingly put me on the spot. I do aspire to the bodhisattva vow, but I’m well aware that one isn’t just a Bodhisattva if one merely vows to help all sentient beings. One has to deeply mean it and all sense of working for yourself has to disappear.

The Ego is the enemy of the spiritual path. In the words of H.P. Blavatsky ‘a sense of pride would mar the work‘ (The Voice of the Silence). Pride is so strong a foe that it can undo all the the spiritual progress a person has made. All successful people have this foe to deal with more strongly than others do. In my own small way I’m certainly successful online. My website now gets nearly 6000 pageviews a day. This blog averages about 60 pageviews a day as well as gathering a few links from other blogs. I’ve just become a member of the elite ‘Giant Squid Top 100 club’ on Squidoo. And if the dollar doesn’t fall too much compared to the Euro, my online income covers the cost of my rent.

Not bad. Not exactly business success, but not bad.

It’s a bit like getting married: you take the vows, but whether you stay married has to do with what you do with that vow. Does the vow last when the infatuation is over? Are you willing to work on it?

There are times when the needs (if not the solutions) of humanity are clear as day to me – and at those times the Bodhisattva vow seems like the very core of my being. But there are also times when all that fades and I agree with my mother: am I just being irresponsible for not applying for jobs more vigorously? [I do make ends meet and am still in the black, but it’s close]

Social networking online is an ego trap. 436 people are listed as my ‘fans’ on squidoo. Last time I checked I had over 500 myspace friends. My stumbleupon profile has had 1371 recent visitors. On Twitter I’ve got 452 people ‘following’ me. For me all that isn’t just a social thing or about the ego: it’s also business. It’s part of my online promotion of my online ‘presence’. But take all that too seriously, and what have you got?

The term Bodhisattva is very wide. It goes from the divine Bodhisattvas – the favorite Gods to pray to for many Buddhists – to the ordinary person who, like me, realizes there has got to be more to life than living for self. Pride would mar the work. One of the gravest sins in classical Buddhism was to pretend to spiritual gifts one didn’t have.

I had a dream once in which I was a baby bodhisattva. Perhaps that sums it up. Still learning to crawl and take care of myself I also hope to inspire a few others.

I started out this post thinking: I can’t claim to be a Bodhisattva, but then I reread what I’d written about the Paramitas four years ago. The paramitas are the virtues Bodhisattvas try to live up to. That piece reminded me that one can be a Bodhisattva and not actually live up to those virtues just yet. The claim isn’t that one already ‘is’ all that, but that one tries. I do try.

6 thoughts on “Online marketing and the ego”